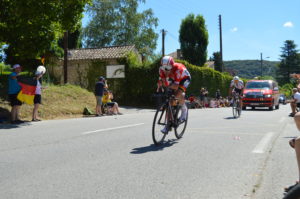 The Tour de France, cyclings most prestigious annual race is held every year througout France. With 21 day long segments (or stages) over a 23 day period the races covers over 3,500km! With around 200 cyclists in around 20 teams many nations are represented. The 2016 Tour de France was held 2 July 2016 – 24 July 2016. Every year the Tour has stages that are very close to our location. This year we had 3 stages that were within a comfortable commute distance (by car or bike): Stage 12 – Montpellier to Mont Ventoux, Stage 13 – Bourg-Saint-Andéol / La Caverne du Pont-d’Arc & Stage 14 – Montélimar / Villars-les-Dombes Parc des Oiseaux. 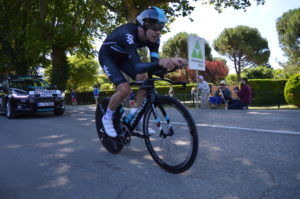 I have gone to see the Tour de France many times over the last few weeks and its is always worth checking out and soaking up the atmosphere. This year I decided to go to Stage 13 – Bourg-Saint-Andéol / La Caverne du Pont-d’Arc which happened to be a Individual Time-Trial, something I had never seen. 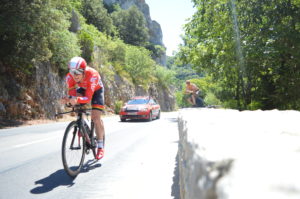 The Tour de France is always well organised. There is always good accurate information about how to travel there and where to watch the action. Millions of people each year watch the Tour live and the organisers do a great job ensuring that everyone can enjoy the day. Stage 13 was a great location for the individual time trial. The course followed the Gorges of the Ardeche into Vallon Pont d’Arc with the finish being in the newly opened Caverne Pont d’Arc. This is a stunningly beautiful area with steep valley and cliffs overlooking the Ardeche river.

Whether you are a cycling enthusiast or just have a fleeting interest in sport, going to see this race is well worth it. The presentation of the route for the 2017 Tour de France, will be in Paris on October 18, 2016.

There are no upcoming events at this time.